You are here: Home / Archives for Adelong Rd 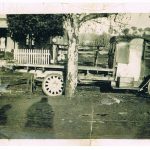 Thanks to Malcolm Baker for this great picture and description: I am putting on a photo of one of Edgar Joseph Baker’s trucks. This one is reputably the first truck to be driven over Talbingo Mountain to Kiandra. I am not sure which year but I believe it was somewhere around 1925. I believe the […] 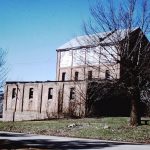 Thanks to Bill Hodges for this picture and description of the Old Flour Mill. See below for the history of the flour mill: Old flour mill on the corner of Capper Street and Adelong Road. Where Tumut Valley Tyre Service is now. And with thanks to the brilliant Tumut History site, here’s the history of […] 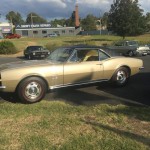 With thanks to Chris Nicholes for the picture (taken in 2016) and the description: Snowy Smash Repairs, a Tumut business for over 50 years. Ted Holloway’s chimney in the background. Photo taken at the Easter muscle car event at the Railway Station. 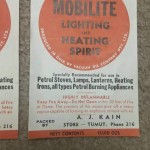 Picture courtesy of Deb Robinson and explanation of the history of Kain’s Store thanks to Frederick Thomas: Kains’ store is/was on Adelong Rd. opposite the railway station & is now known as Bake’s one stop shop. Mr. Kain sold out to Steve Murphy, who previously owned the Brungle store, in the mid 1970’s. Mr. & […]