Thanks to Jenny Goddard for this fascinating piece of history: 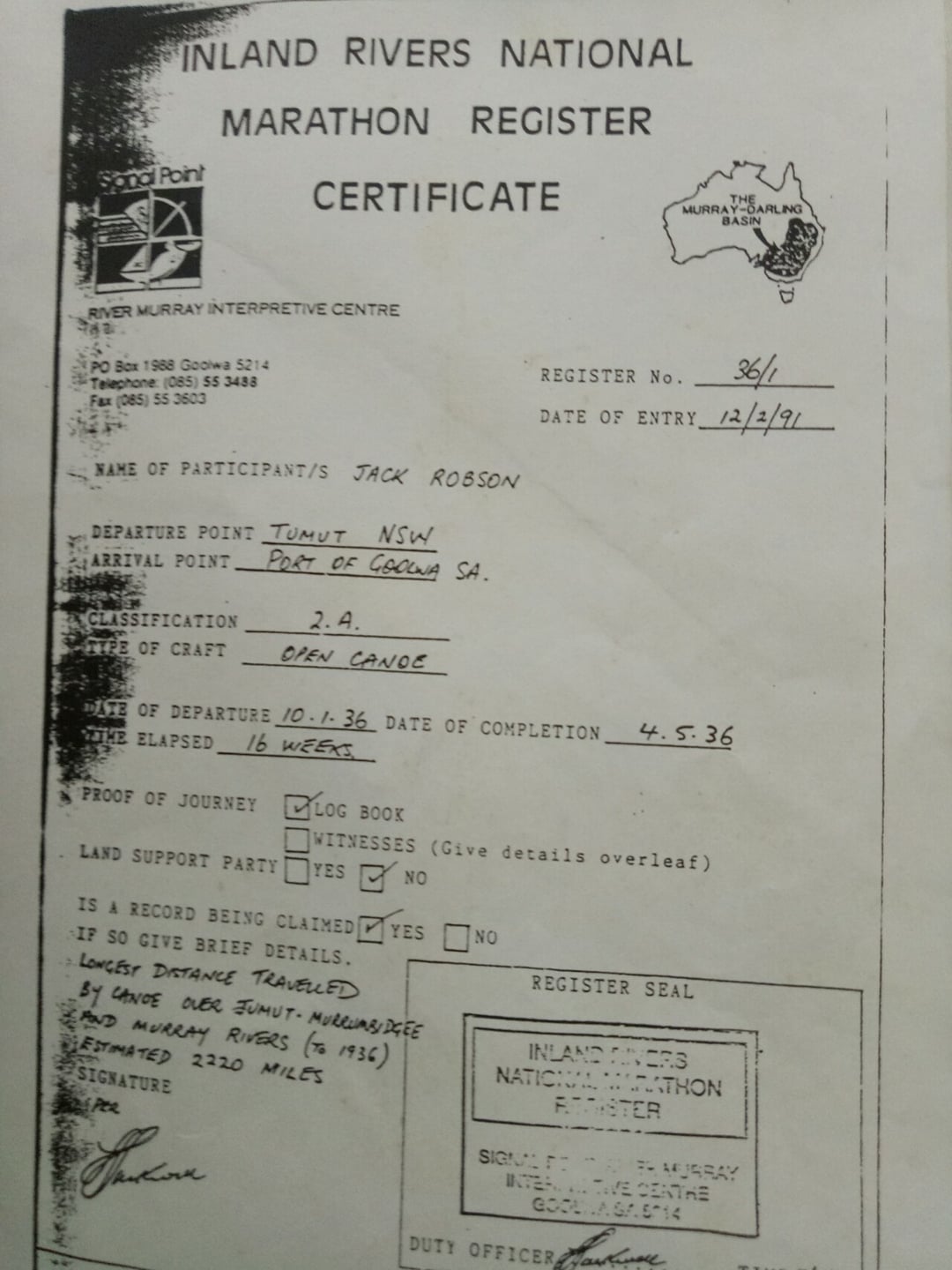 Our Uncle Jack Robson slipped his home made canoe into the river at Tumut in January 1936, aged 23 and after four months arrived in Adelaide. He travelled over 2200 miles along the Tumut, Murrumbidgee and Murray rivers, and for many years held the Inland Rivers Marathon record. He had many adventures along the way which he diarised.