With thanks to Michael Wignall: 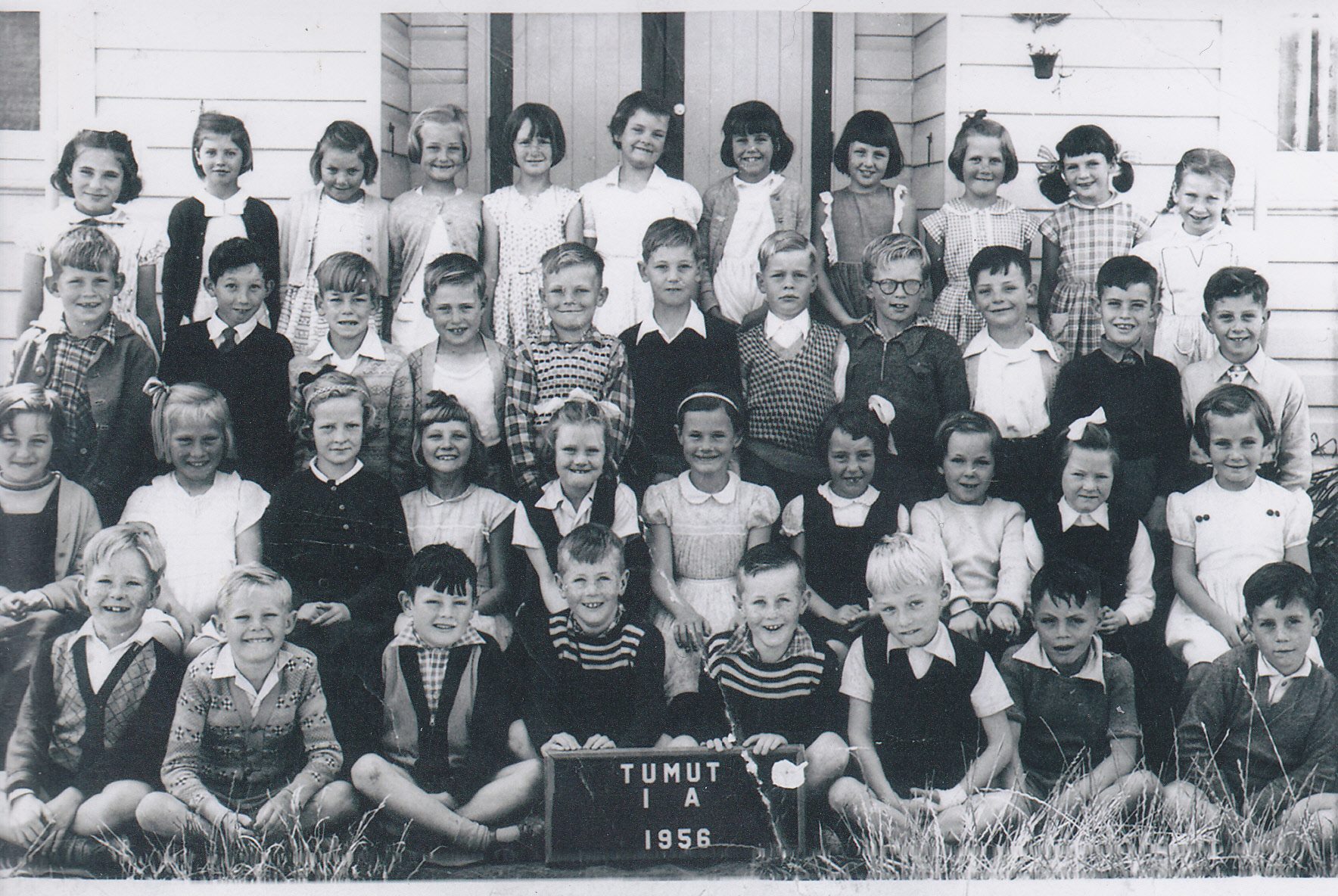 Tumut Public School class 1A – year 1956. I can easily recognise Ken & Ron Wignall, who else is in this photo??

Updates from other Lost Tumut readers:

Back row, second from the right, Prue Johnson. Fourth from right looks like my cousin, Catherine Fowler (who incidentally, received an AM in this year’s Queens Birthday Honours for services to theatre for young people)

I’m there, Pam Bryan, back row left, then I recognize Margaret West, Prue Johnson, Doug Baker, Linda Bell, Barbara Weeden, and of course the Wignal twins. A lot of the faces I recognize but can’t remember the names.