You are here: Home / 1970s / Song of Autumn – Tumut Festival of the Falling Leaf

One of the highlights so far has been the brilliant submission by Glen Ward of three pictures  that relate to ‘Song Of Autumn’ – written by Ted Denson and Glen Ward. It’s a great song that anyone who lived in Tumut during the 1970s, 80s and 90s will know well.

You can now listen to, or download the song here

Below are images related to the creation of this great Tumut song: 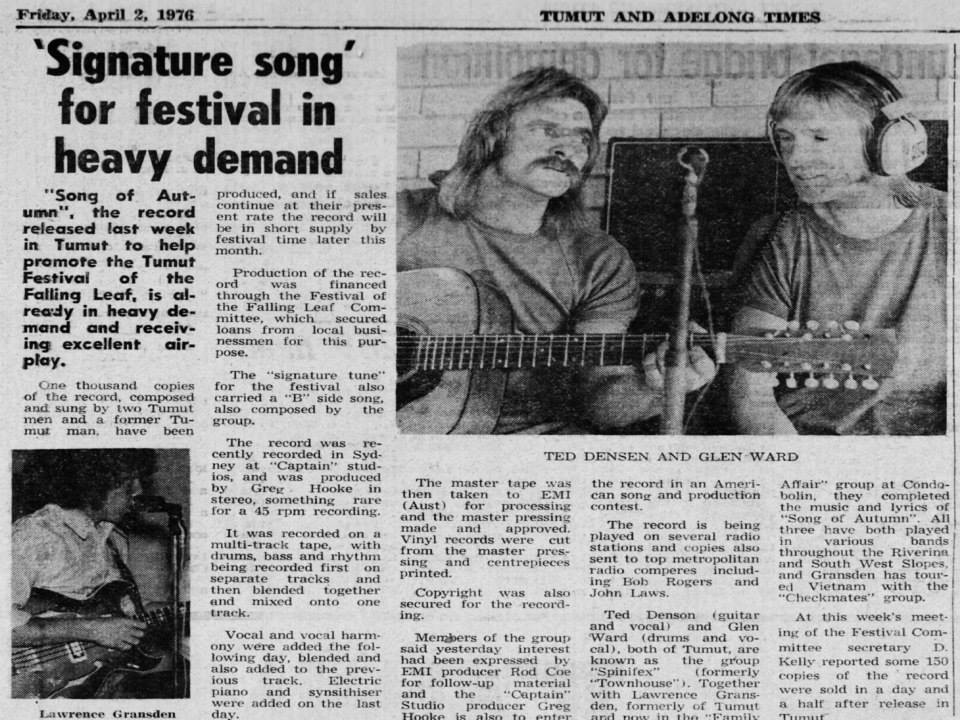 Tumut and Adelong Times 1976 coverage of the song 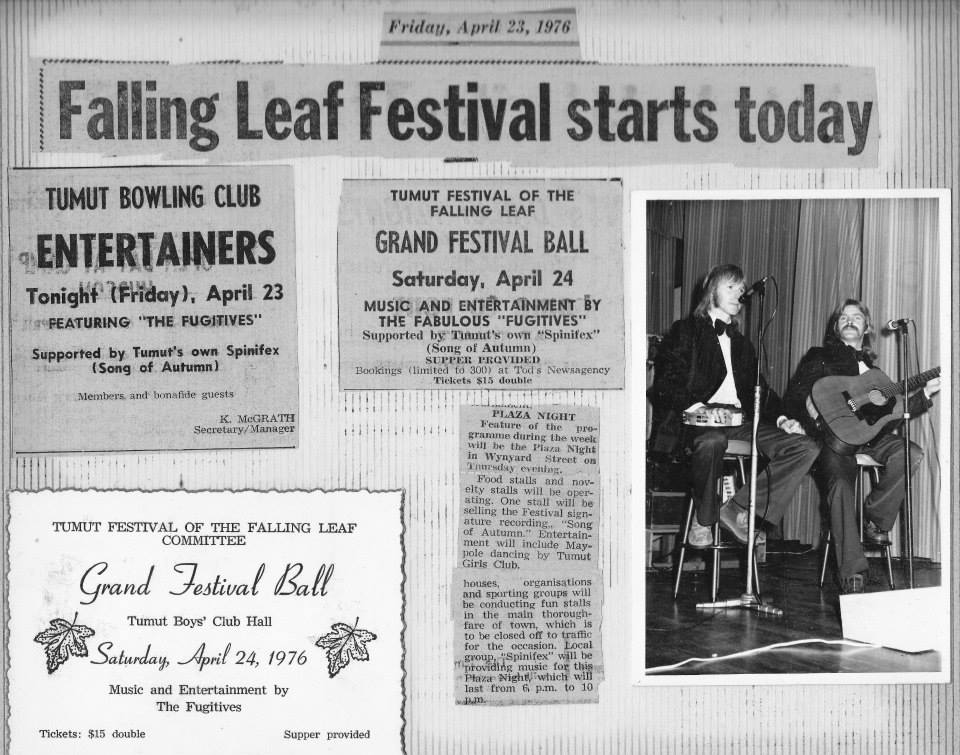