This brilliant pic comes from Anthony Shaw, and he has a very interesting question to go along with it: 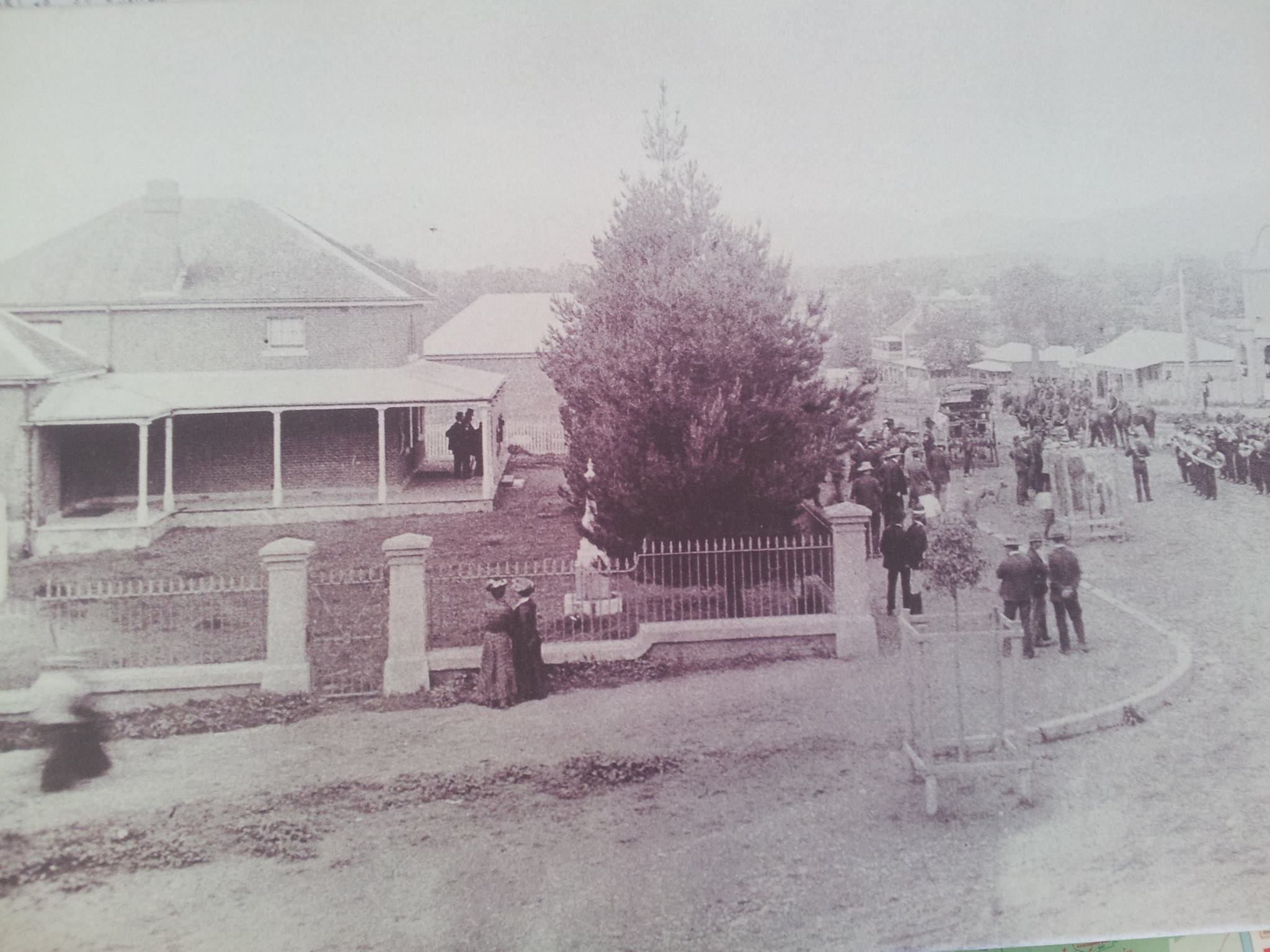 DOES ANYONE KNOW….what might have happened to the old monument that stood in the Tumut Court House yard near the tree pictured here. I’m told this photo was taken the day the Government announced the Federal Capital (around 1911). Apparently the towns in the running were Tumut, Albury and Armidale but it was later short listed to Bombala, Yass / Canberra and Orange. I wonder if the old monument is still laying around somewhere…or buried???